The other day I was reading this article in The Age about the faded hand painted advertising signs dating from the 1950s and earlier, that are often only revealed when adjacent buildings are demolished.

It must have been back in 2002 or 2003, when the Brasskraft factory in Rosstown Road was being demolished to building the apartments that took its place, that a magnificent sign for (as best as I can recall) Robur tea was revealed, on what is the eastern wall of the now Indian grocery. You can still see a tiny bit of it, just some colour on the bricks, where the wall protrudes past the tilt slab of the apartments. I should have taken a photo of it when I could … no doubt it will be gone once the grocery and the funeral parlour next door are knocked over to build apartments (as to which see the story here on the Glen Eira Debates website).

With that in mind I thought I might go out and photograph the ghost signs of Carnegie, in and around Koornang Road, although to be honest I could not find that many …

That one is fairly straightforward … it is on the back of one of the shops on the eastern side of Koornang Road.

The next one is a little bit more difficult to read. It is on the building opposite the service station on the other side of Koornang Road. I can make out “Cash Grocer”, “Laundry”, “Repairs” and of course “Chinese cafe”. Perhaps the lettering at the top is “Kiwi”, and on the right hand side is the tail end of “haberdashery”.

As an aside, although a Chinese restaurant now operates from the same shop, I assume the “Chinese cafe” in question was the restaurant that sat vacant for many years … but which had the beautiful sign writing on the window. Unlike my first story above, I did take a photo of it … 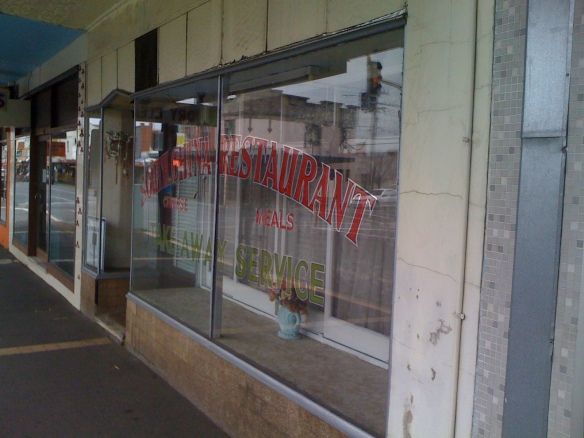 Here is the sign on the back of the post office (or should that be retail outlet) building … on which you can barely make out the ghost of “Fosseys”. 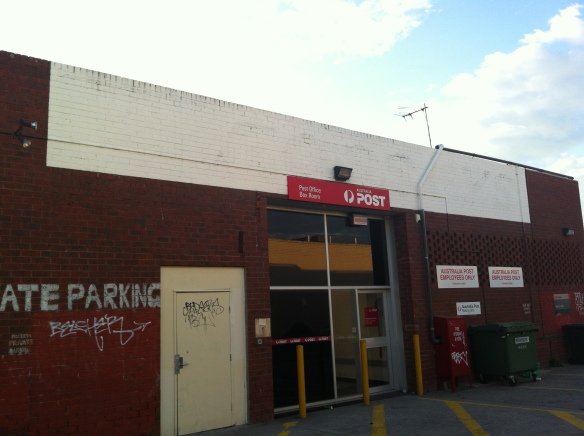 This rather well preserved ghost sign saw the light of day again recently. It is from a former delicatessen in Murrumbeena Road, which is currently being renovated.

According to Wikipedia, Big M was introduced in 1978, so presumably that part of the sign dates from around then. A google search for Hughesdale Dairy doesn’t turn up anything, other than some references to a number of dairies in Murrumbeena.

Finally, here is a faded Robur Tea sign (which must have been a prolific advertiser on the side of buildings in their time) on the side of the vets; which you can only see from the other side of Rosstown Road.